Author’s Note: “I live just across a cove from the Delaware City Refinery, so it’s often in my thoughts. It’s been bought and sold several times during its sixty-four years; and in 2009 it was shut down. A buyer was eventually found, and it reopened two years later. I kept thinking about those two years, ... [Continue Story] 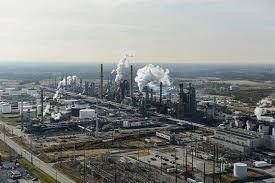