Author’s Note:  I learned of the discovery of this exoplanet in the newspaper. What intrigued me was the discussion of the parent star lodged in the constellation Cancer and the "subtle tugs" on that ... [Continue Story] 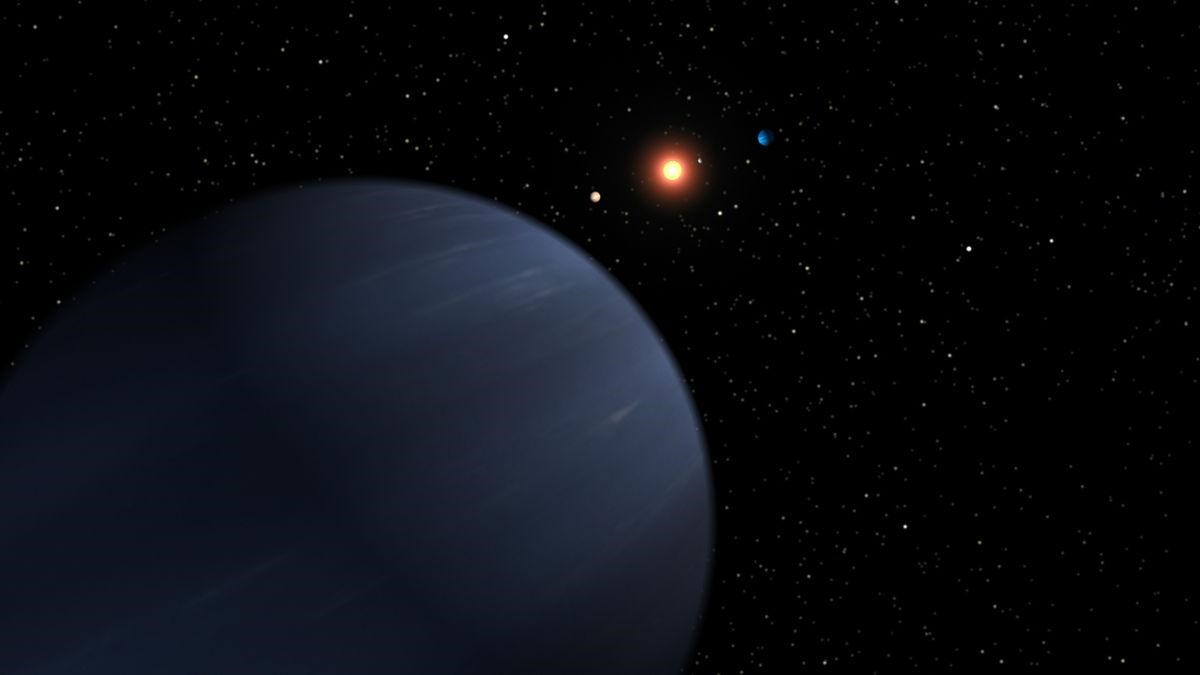 Author’s Note:  It’s pretty quiet right now on the Chester River. We’ve pulled our boats and turned our gardens under. Now gray skies and bare trees come alive with the migratory birds that are my favorite Fall visitors. This poem is just to say, even with the disruption […]

Read in The Talbot Spy » 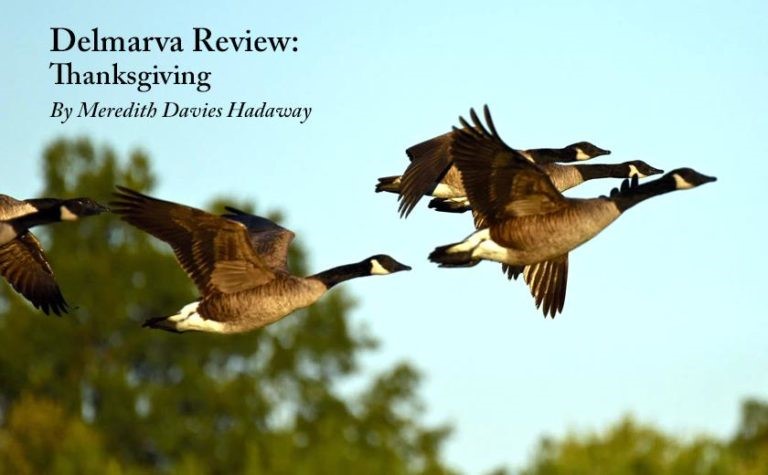 Author’s Note: My stories fall into modes. Some are set in rural Virginia, others in countries overseas where I lived and worked. Some seek their setting in Western New York, where I grew up. Some, ... [Continue Story]

Author’s Comment: This poem was triggered by the difficulty of witnessing the dying and ultimate death of my dear aunt, listening to her regrets and feeling a sense of guilt for gathering her ... [Continue Story]

Author’s Note:  The poem draws largely from my first visit to El Salvador in 1986.  While much has changed in the ensuing years, much remains the same, and today everywhere you look evidence abounds ... [Continue Story]

Author’s note: This story arose from a period in my life when I was thinking about relationships between women within families, especially intergenerational relationships⎯between mothers, daughter, ... [Continue Story] 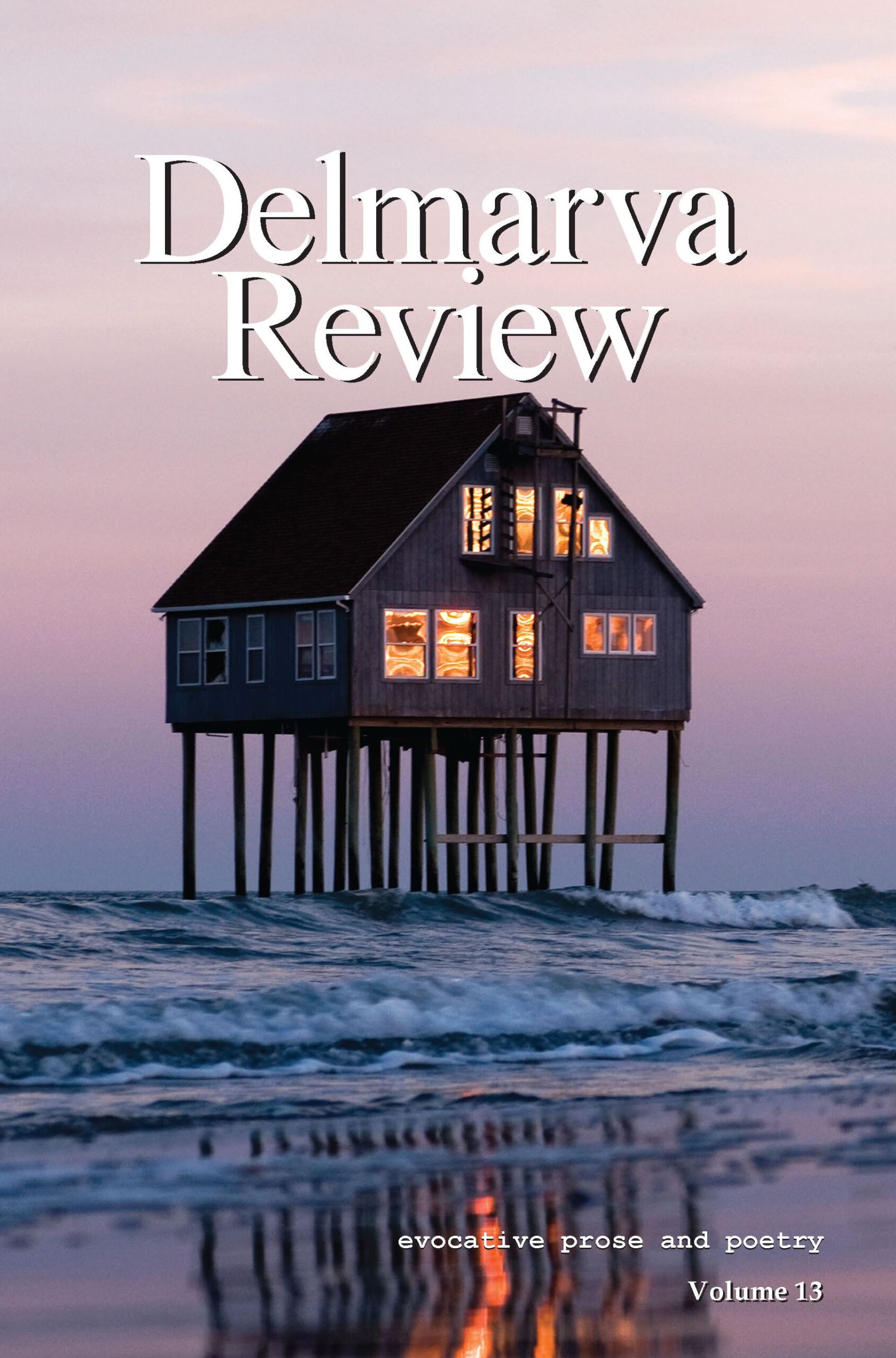 Welcome to the thirteenth annual Delmarva Review, an independent, nonprofit literary journal. Our editors have selected the new work of 64 authors that stood out from thousands of submissions during the year. In this edition, we are publishing 79 poems, 10 short stories, 11 creative nonfiction essays, and seven book reviews. In all, the writers come from twenty-one states, the District of Columbia, and five foreign countries. Forty-two percent are from the Delmarva and Chesapeake region, though the review welcomes the best new writing in English from all writers, regardless of borders.

A number of human themes are represented in this issue. One, in particular, gives life to the others—change. We strive to deal with change in our daily lives. While change can be uncomfortable, often confronting personal denial, it finds its natural place in all forms of writing. After all, it is the change in a character’s life that creates the action of a good story…or in the narrative description that adheres to our strongest beliefs and emotions. As our lives change, we are forced to discover the truth to guide us on our journeys, or perhaps to make sense of where we have been. The search for meaning is the basis for the best of enduring literature. 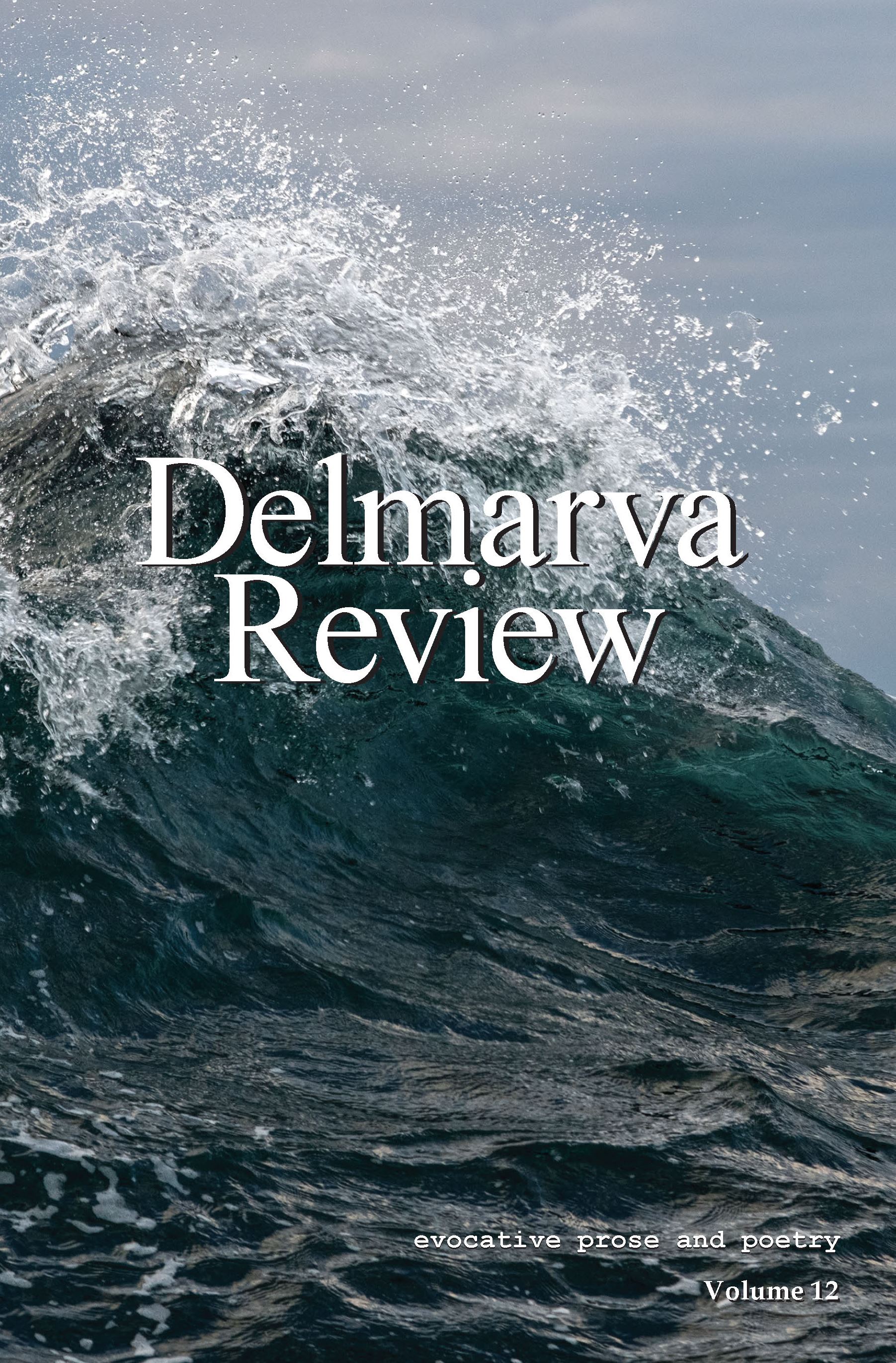 Welcome to the twelfth annual edition of the Delmarva Review, our current contribution to discovering the best of new literary work. Our editors selected the original prose and poetry of fifty-three authors from thousands of submissions. Individually and collectively, the writing in this volume touches us as human beings. We can also enjoy the authors’ craft and unique voice in the telling of stories and poetry.

Our editors selected 72 poems, 10 short stories, and nine nonfiction essays. We also reviewed six recent books of special interest, by regional writers. In all, the authors come from 17 states, the District of Columbia, and four other countries.

The cover photograph, “Rough Water,” by contributing photographer Jay P. Fleming, perfectly embodies the themes from this year’s selections. Jay’s photograph captures the feeling of nature’s power and passion, which is expressed throughout this year’s writing.

DelmarvaPublic Radio's weekly program, Delmarva Today, is hosted by Delmarva Review's very own Fiction Editor, Hal Wilson. In Writer's Edition #73, Hal interviewed Holly Karapetkova, whose poetry has appeared in Delmarva Review. Her writings are broad-ranging and unveil the deep wounds left by our history of racism, slavery, and environmental degradation. In sad recognition of the 400 year anniversary last month of the introduction of slavery into the colonies, our conversation will focus primarily on Holly’s poems on slavery published in volume 11 of the Delmarva Review. It was in August 1619, that a pirate ship dropped anchor off Jamestown, Va. 20 to 30 slaves were offloaded and sold to the colonists. This was only 12 years after the founding of the colony and one year before the Puritans landed at Plymouth Rock. We forget that it was also 157 years before the declaration of independence. 400 years ago last month, at colonial Jamestown slavery was woven into the very fabric of our country. Holly’s poems capture that ingrained nature of racism we still experience today.

Continuing the theme of exile and separation, we also discuss a number of her poems on immigration.

Holly’s poetry, prose, and translations have appeared widely in print and online in places such as Alaska Quarterly Review, The Southern Review, Prairie Schooner, Poetry Northwest, The Nashville Review, and Delmarva Review. Her books include Words We Might One Day Say, winner of the 2010 Washington Writers’ Publishing House Poetry Award, and Towline, winner of the 2016 Vern Rutsala Poetry Contest from Cloudbank Books. In addition to her poetry and translations, Holly has written more than 20 books for children. She teaches in the Department of Literature and Languages at Marymount University.

Click below to tune in. This is a fascinating and timely discussion.