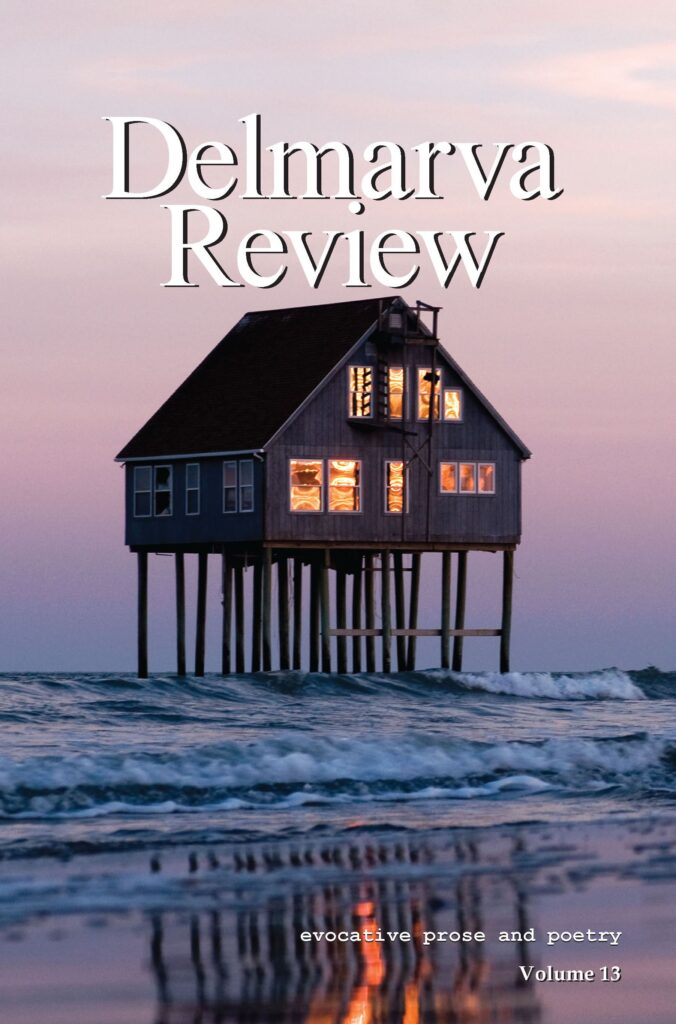 Delmarva Review announced publication of its 13th annual literary journal presenting new poetry, short fiction and creative nonfiction by authors from 21 states, the District of Columbia and 5 other countries.

“The new issue is our largest, with 362 pages filled with exceptional new prose and poetry,” said Wilson Wyatt, executive editor. The work of 64 writers was selected from thousands of submissions during the year.

The review also announced the opening of the submission period today (November 1), for the 14th issue. It will remain open until March 31, 2021. Editors read all submissions. There are no reading fees. Submissions are made electronically through Submittable. Guidelines and submission access can be found on DelmarvaReview.org.

“A number of human themes are represented in this issue. One, in particular, gives life to the others—change. We strive to deal with change in our daily lives,” Wyatt writes in the opening Preface. “There have been mega-changes in the last year, ones sharply affecting the human condition: a worldwide pandemic, climate change, and harsh societal division, to name a few. While change is uncomfortable, often confronting personal denial, it finds its natural place in all forms of writing.”

The cover image, “Cedar Island Watch House,” by contributing photographer Jay P. Fleming, of Annapolis, Maryland, captures the feeling of nature’s power and symbolizes the realities of climate change. The “watch house” has since been swept into the sea.

This issue highlights the writing of three featured authors with interviews by the review’s editors, each followed by the writer’s original work. Sue Ellen Thompson, from Oxford, Maryland, is interviewed about selecting memoir over poetry to write about the demise of a close friendship. Her answers reveal thoughts about memoir as a form.

Acclaimed Argentinian author Guillermo Martínez is interviewed by fiction senior editor Harold O. Wilson about writing fiction and specifically about Martínez’s story, first published in English in this edition. Poetry editor Anne Colwell interviews Luisa A. Igloria, of Norfolk, who was recently named Poet Laureate of Virginia, about influences on her poetry, including seven of her new poems in this edition.

Delmarva Review was created to offer writers a valued home in print to publish their best writing at a time when many commercial publications were reducing literary content or closing their doors.

The journal favors the permanence of the printed word, but it also publishes electronic versions to meet the digital preferences of readers. Both paperback and electronic editions are immediately available at Amazon and other major online booksellers.

Delmarva Review’s contribution to the writing community is reflected in part by the breadth of original work selected since the review’s origin in 2008. The journal has published new poetry and prose by 390 writers. They are from 42 states and 14 other countries. About half are from the Delmarva and Chesapeake region of the Mid-Atlantic. Seventy-two have been nominated for a Pushcart Prize. Some have attained notable attention in “best of” anthologies or received acclaim from other literary critics and editors.

Published by the Delmarva Review Literary Fund Inc., a 501(c)(3) nonprofit organization, the journal receives partial funding support from individual tax-deductible contributions and a grant from the Talbot County Arts Council, with revenues from the Maryland State Arts Council.