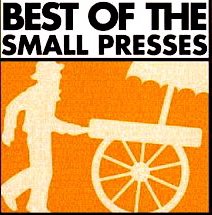 The nominations were chosen from 57 poems and 26 prose selections published in the Delmarva Review’seleventh edition. Pushcart editors will select winners to publish in the anthology, The Pushcart Prize: Best of the Small Presses XLIV, due in the fall of 2019.

Delmarva Review was created in 2008 to offer writers a valued venue to publish their best writing in print at a time when many commercial publications were reducing literary content or going out of business. The journal favors the permanence of the printed word, but it also publishes an electronic edition to meet the digital preferences of many readers. Both print and electronic editions are available at Amazon.com and other major online booksellers.

Since its first annual issue, the review has showcased the original work of 300 writers.  In all, authors have come from 40 states and 10 foreign countries. Fifty-one percent are from the tri-state Delmarva Peninsula and Chesapeake Bay region. Sixty have been nominated for a Pushcart Prize.  Some have received notable mention in Best American Essays or achieved notice from other publications and awards. For many, this was a first recognition of their literary accomplishments.

The submission period for Delmarva Review’s twelfth edition is open now through March 31, 2019. The journal welcomes all writers. A submission link is on the guidelines page of the website: DelmarvaReview.org.

Delmarva Review is an independent, nonprofit literary journal published by the Delmarva Review Literary Fund Inc.  Partial financial support comes from tax-deductible contributions and a grant from the Talbot County Arts Council, with funds from the Maryland State Arts Council.